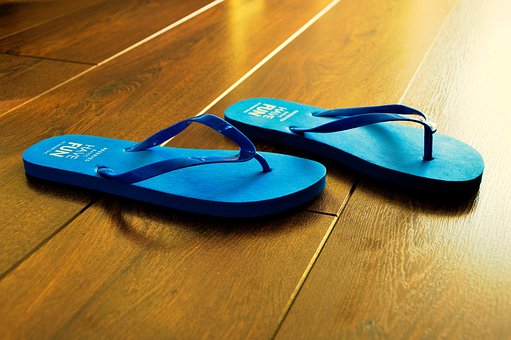 Egenera sued Cisco in the US District Court of Massachusetts alleging that Cisco’s servers infringe US patent number 7,231,430 (“the ‘430 patent”).  Prior to claim construction and alongside an IPR proceeding, Egenera petitioned the USPTO to remove an inventor from the ‘430 patent.  According to Egenera, this change was necessitated by the discovery that all claim limitations had been conceived of prior to one inventor’s employment with Egenera.  According to Cisco, the removal of the inventor was necessary in order for Egenera’s argument to swear behind the reference asserted by Cisco in the IPR (“Grosner”), as the publication date of the invalidating reference was also prior to the questioned inventor’s employment date.

While the inventorship petition was pending, the Board declined to institute Cisco’s IPR.  The Board considered Grosner prior art, but held that Cisco had not established that it would prevail on the merits nonetheless.  The PTO thereafter granted Egenera’s petition and removed the inventor.

Following the district court’s claim construction, Egenera asked the District Court to add the removed inventor back to the patent.  According to Egenera, the change was necessitated by the Court’s holding that the claims must be construed as means-plus-function claims, a construction Egenera had argued against.  The District Court refused to add back the inventor, citing judicial estoppel, and held the ‘430 patent invalid for naming incorrect inventorship.

Claim 1 of the ‘430 patent recites the language “logic to modify,” which is at issue in the context of the further limitation “at least one control node…including logic to modify…received messages to transmit said modified messages to the external communication network.”

Claims that do not recite the word “means” are presumed not to invoke 112(f).  However, that presumption can be overcome if it is demonstrated that a claim term fails to recite a sufficiently definite structure, or, recites a function without sufficient structure for performing that function.  Williamson v. Citrix Online, LLC, 792 F.3d 1339 (Fed. Cir. 2015).  The presumption against means-plus-function interpretation is not strong, and a challenger need not show that the limitation is completely devoid of anything that can be construed as structure.  Instead, a challenger needs only to show that any recited structure is not “sufficient.”

Under this framework, the District Court held, and the Federal Circuit affirmed, that “logic to modify” is appropriately construed as a means-plus-function element.

First, while Egenera argued that “logic” denotes “software, firmware, circuitry, or some combination thereof,” the court concluded that the term “logic” was “an abstraction for the set of steps designed to accomplish a stated function.” And, while Egenera’s expert buttressed this argument, Cisco argued that “logic” as used in the ‘430 claims, indicates only a “general category of whatever may perform the function.”

Egenera also argued that the claim language defines the “inputs, outputs, connections and operation of the logic component, citing several cases pre-dating Williamson.  The court did not respond favorably:

The Federal Circuit ultimately agreed with Cisco and held that even if the term “logic” were construed as urged by Egenera, Egenera had yet not provided any explanation of how the general structure alleged amounted to a “sufficient structure for performing the function.”

Structure corresponding to “logic to modify”

Having lost their claim construction battle, Egenera set about trying to get the court to reconsider the structure considered to correspond to the claimed function “logic to modify.”

The district court held, and the Federal Circuit agreed, that the structure corresponding to the function was that which came to be termed the “tripartite structure” by the parties:  a virtual LAN server, a virtual LAN proxy and a physical LAN driver.

Although Egenera had argued that this was the appropriate structure below, on appeal, Egenera argued for a narrower construction.  Specifically, Egenera argued that only the virtual LAN proxy was responsible for the function of modifying outgoing messages.  Cisco’s expert, on the other hand, testified that the proxy cannot perform the recited function on its own.

The Federal Circuit agreed with the lower court, although their decision seemed to be based more on the fact that Egenera hadn’t argued the narrower claim construction below:

…Egenera argued below that the tripartite structure was “overly narrow.”  Now Egenera contends that the structure it objected to as overly narrow must be narrowed further…We agree with Cisco that Egenera cannot now seek a much narrower construction on appeal.

“The AIA did not narrow the meaning of “error””

Our precedent provides that “error” in §256 includes “all varieties of mistakes – honest and dishonest” – rather than only unintentional inaccuracy.  Stark v. Advanced Magnetics, Inc., 119 F.3d 1551, 1554-1556 (Fed. Cir. 1997)…Cisco invites us to sidestep Stark because the AIA has since amended 256…The essence of Cisco’s position is that when Congress removed this restrictive language that excluded intentional inaccuracy in certain cases, it somehow narrowed the meaning of ‘error’ to exclude intentional inaccuracy entirely.  We had not yet addressed the impact of the AIA on the holding of Stark…But we now reject Cisco’s proposed interpretation because it is contrary to the text of §256, the structure of the AIA, and the AIA’s legislative history.  We hold that the AIA did not narrow the meaning of “error.”  Accordingly, §256 does not exclude “considered acts,” or even “deceptive intention,” from the meaning of “error”… “Error” is simply the incorrect listing of inventors.

Judicial estoppel is an equitable doctrine that prevents a litigant from taking a litigation position inconsistent with one successfully asserted in an earlier court proceeding.  Perry v. Blum, 629 F.3d 1, 8 (1st Cir. 2010).  The law of the regional circuit is applied in questions of judicial estoppel, and the First Circuit applies the New Hampshire factors.  RFF Family P’ship v. Ross, 814 F.3d 520, 527-528 (1st Cir. 2016):

1) Whether a party’s earlier and later positions are “clearly inconsistent” or “mutually exclusive;”

2) Whether the party succeeded in persuading a court to accept the earlier position; and

3) Whether the party would derive an unfair advantage or impose an unfair detriment on the other side if not estopped.

Inventorship must correspond to the properly construed claims

With respect to the first prong, Cisco argued that Egenera had advanced two clearly inconsistent positions – first removing an inventor, and later seeking to add that same inventor back under 256.  For their part, Egenera argued that their positions on inventorship were consistent with the positions that they advanced in the claim construction portion of the trial.  If the claims were not construed as means plus function claims, the removed inventor was appropriately removed.  Once the claims were so construed, Egenera sought to add the inventor back pursuant to that construction.  The Federal Circuit agreed with Egenera and held:

We do not think that multiple corrections under 256 are per se “mutually exclusive.”  In any event, the district court’s intervening claim-construction and inventorship determinations further justify any seeming inconsistency.

No PTO persuasion is involved in a petition to change inventorship

With respect to the second prong, the Federal Circuit observed that the change of inventorship documents filed with the USPTO do not require an element of persuasion.  No substantive examination of such requests occurs and the PTO does not consider the substantive adequacy of the petition.  As stated by the Federal Circuit:

The PTO did not cast these statements into the crucible of examination.  Rather it agreed that all the signatures and fees were in order.

“That is not this case”

Lastly, Cisco argued that Egenera’s removal of the inventor enabled the argument for an earlier priority date, thereby bolstering Egenera’s litigation position.  The Federal Circuit disagreed, observing that Egenera’s petition was not granted until after the Board denied institution of the IPR on the merits, thus necessarily not affecting the IPR.  Though the Federal Circuit noted that a different conclusion may be possible had the Board granted review and Egenera had been successful in swearing behind Cisco’s reference, the Court held:

But that would be estoppel on the basis of a prior representation to a tribunal (i.e., the Board).  And both prejudice and inconsistency would be clear:  there would be the potential of two judicial decisions predicated on opposite inventorship statutes.  But that is not this case.